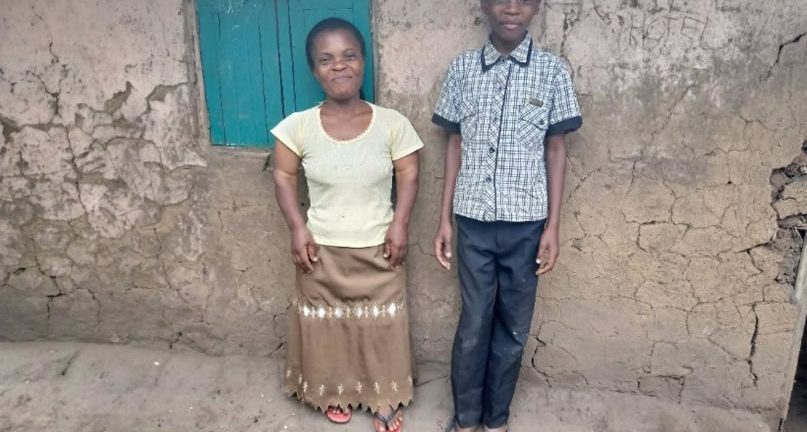 Women with Disabilities exercising their Rights to Fight Gender Based Violence

Ms. Splanza Kabugho is a little person aged 32. She is a single mother of 2, hails from Ibanda town council, Ibanda parish in Kasese District.  She is the 3rd born from a family of 7 children. She says was born a normal child but while growing up, her growth retarded. My family thought evil spirits were disturbing me until now that they have accepted, I have disability. As a young girl, my parents took me to school for some time, but I later dropped out of school due to lack of school fees and having disability as my parents opted to educate my brothers instead of me.

Eleven years ago, I conceived and gave birth but the father to my child did not even take care of the baby. My marriage was hell on earth.  I am actually a single mother of two boys now and I have been struggling with them without any assistance from the fathers, the father to my 11-year-old boy disrespects me the more he says am disabled and I don’t deserve to be living with his son. My husband usually says “A woman has no say in a home”. He insisted that he wanted me to give him my son claiming that I cannot take good care of him. He ordered me to move out of my son’s life just because I have a disability.

The most humiliating was him telling people that am stupid and disgusting after exploiting me sexually. Whenever he met me on the way he only had to abuse me and humiliate me in public places.  It was not until the onset of the project under NUWODU, with support from UNWOMEN that I realised he was depriving me of my rights as a person. It was as if it was a shame having a child with me little knowing that I had a reproductive health right. I have lived this life for the past eleven years but when NUWODU came in my District, I was selected to attend one of their trainings on disability and rights. This was a starting point.

I learnt about rights, gender-based violence and I was then counselled by one of NUWODU staff in Kasese. I reported the case to the police family and protection unit. The father of my child was called to police for hearing, because of his behaviour he was first detained since he didn’t at first accept his mistakes. After a long discussion with the officer on the rights of persons with disabilities and the law, he later agreed and accepted in writing that he will always take care and have full responsibility for his son.

The father of my child has changed completely. He no longer abuses me in public, he appreciates the support I give to our son and for the first time gave support for Christmas to our son, he gives us food at ease and confesses that disability is not inability to his friends. Unlike before, He was denying me the right to live with my child, he would abuse me in front of my children that am a fool and useless and never realised my importance even when I took care of his son.

I am well equipped with knowledge on advocacy, I also acquired leadership skills and picked interest political participation. I am noticeably confident come 2021 I will contest for a political position that I qualify for. I have now realised and learnt that all people have equal rights, and I can freely exercise my rights

Crème of Media from Teso Sub-Region Trained in Inclusive Reporting

Run For The Education Of Women With Disabilities

COVID-19 Response For Women With Disabilities

Sign up to receive latest news, updates, promotions, and special offers delivered directly to your inbox.